Warm and modern Duplex near a quiet park 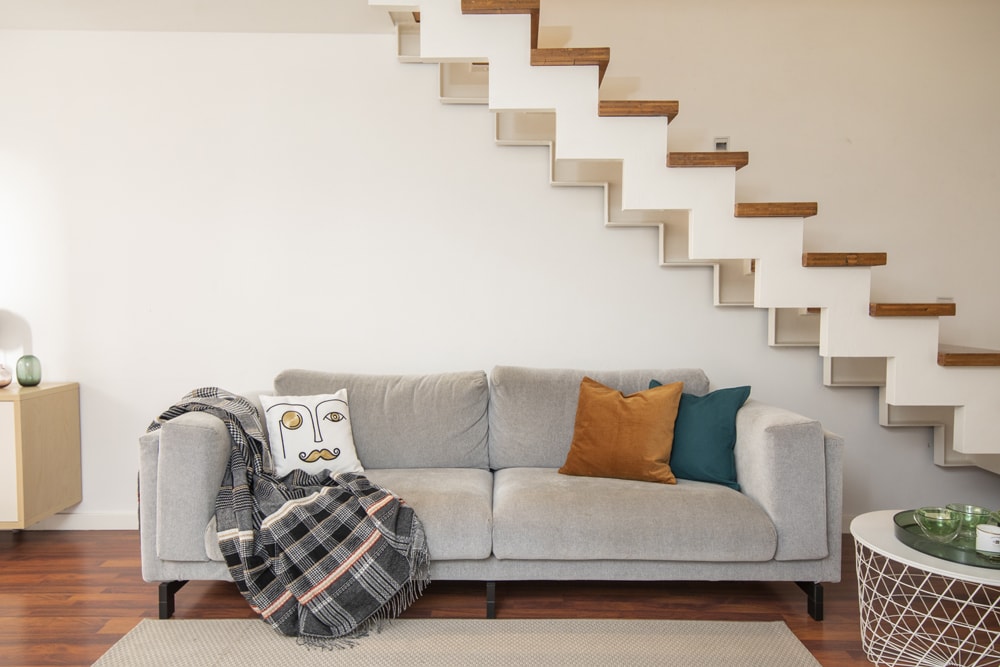 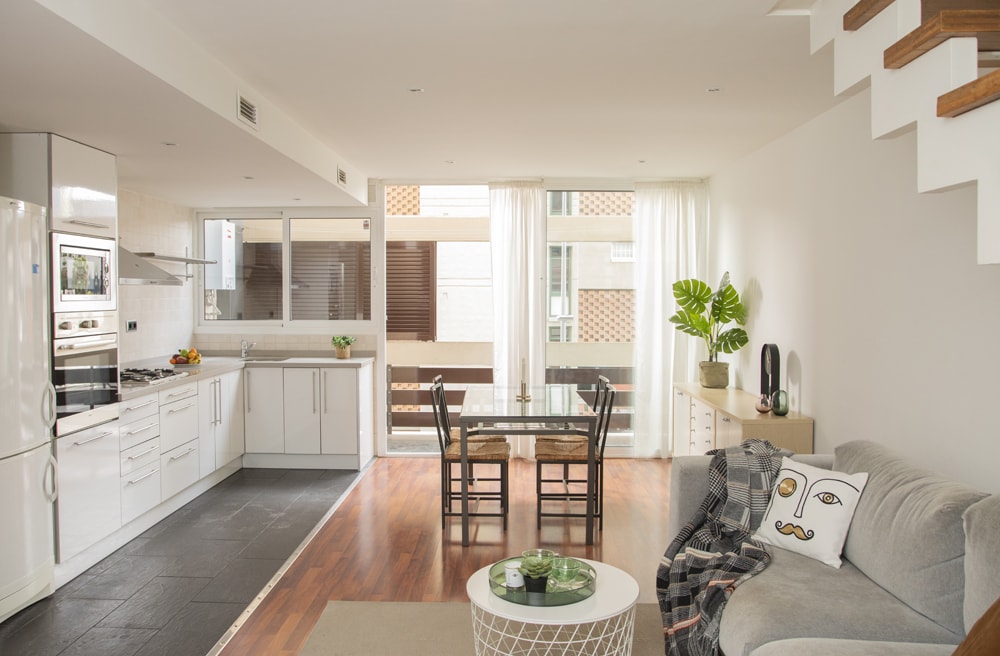 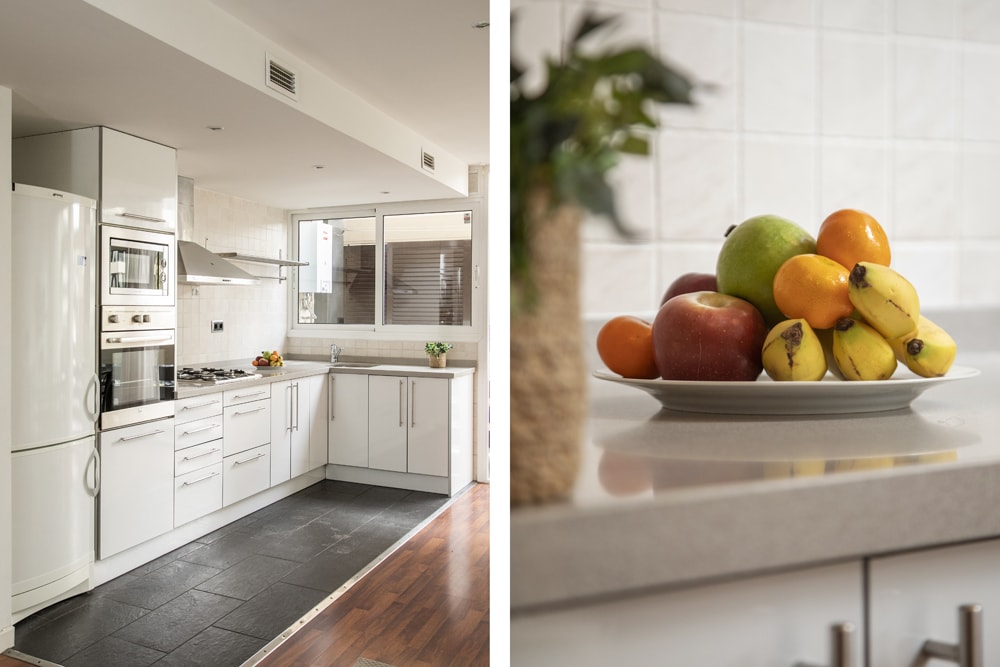 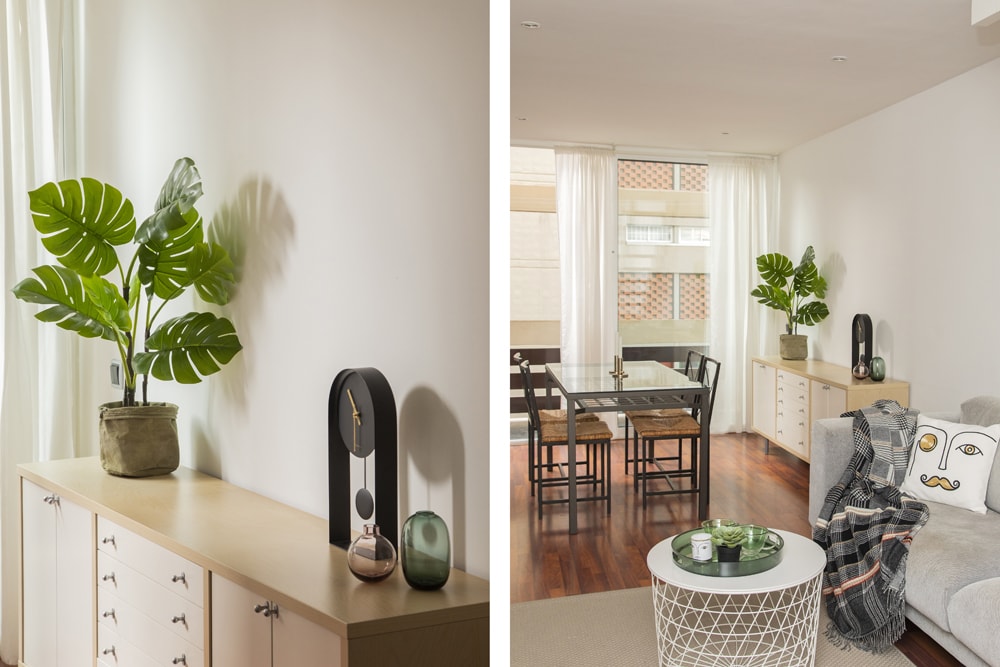 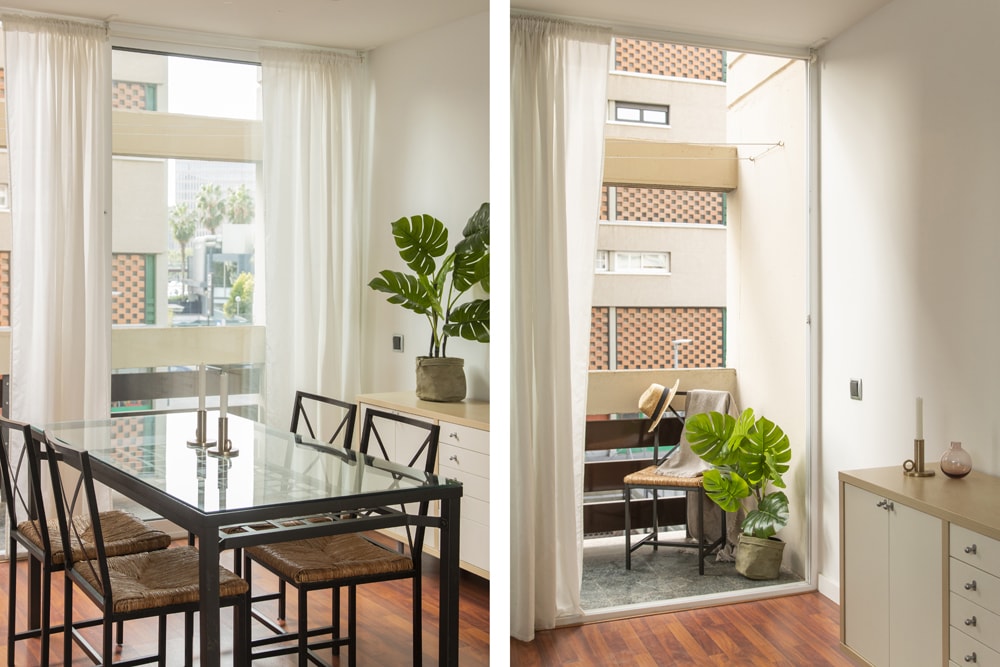 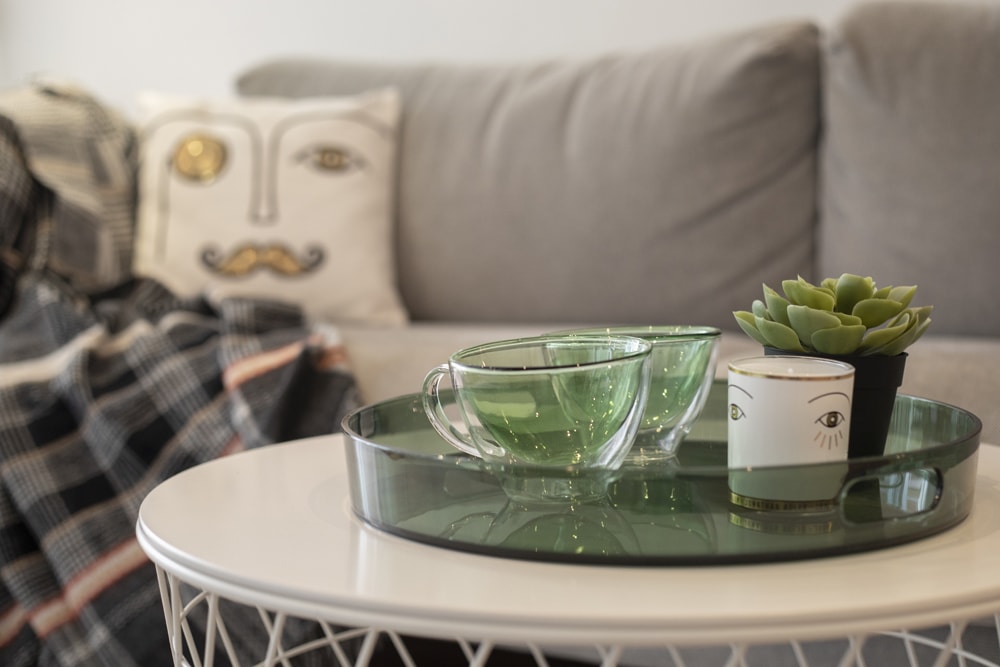 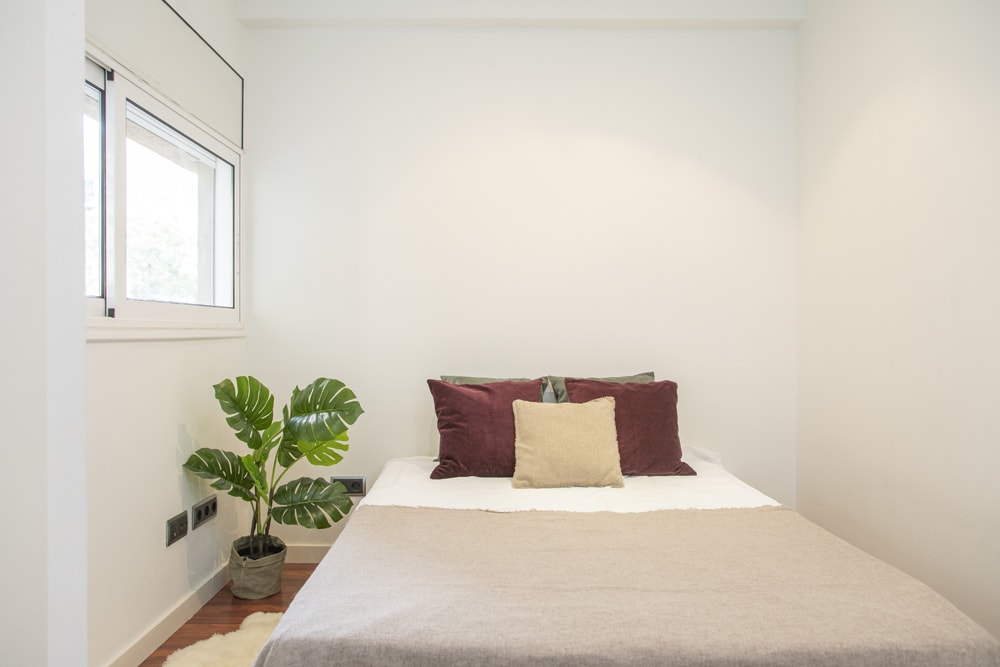 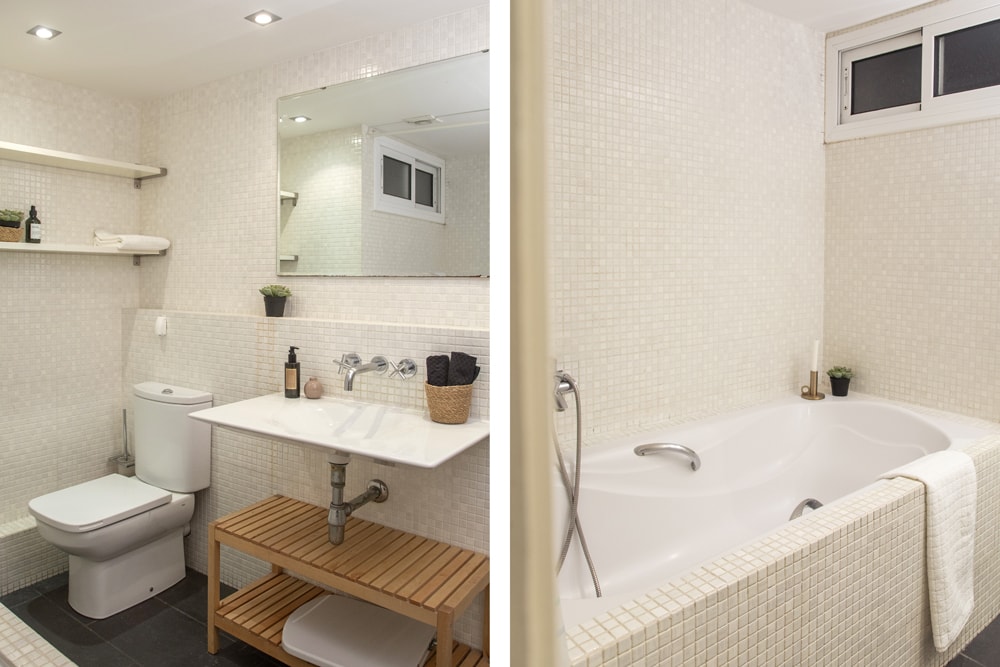 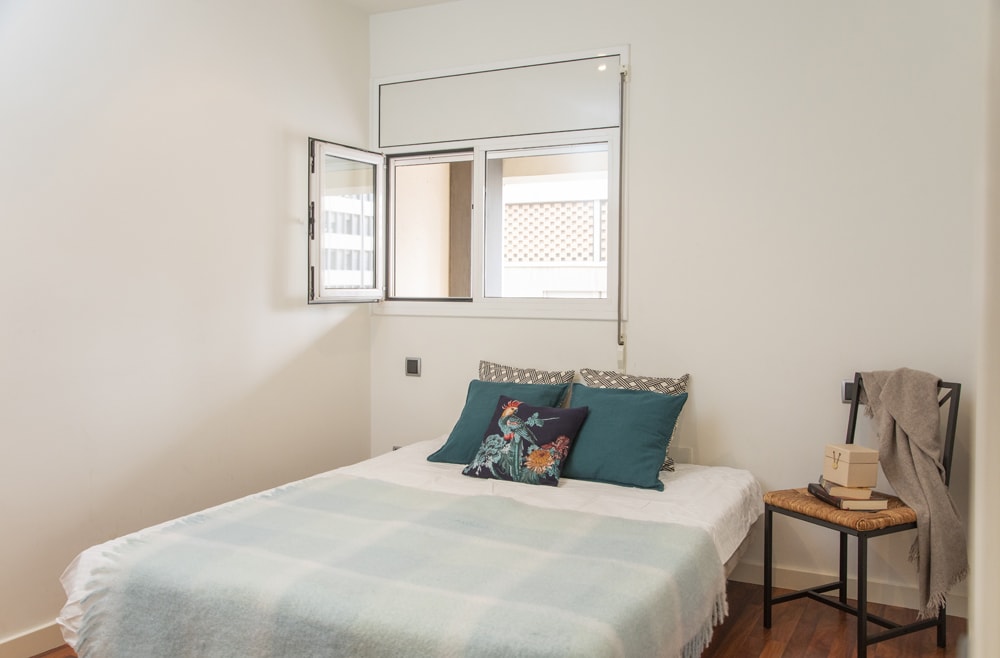 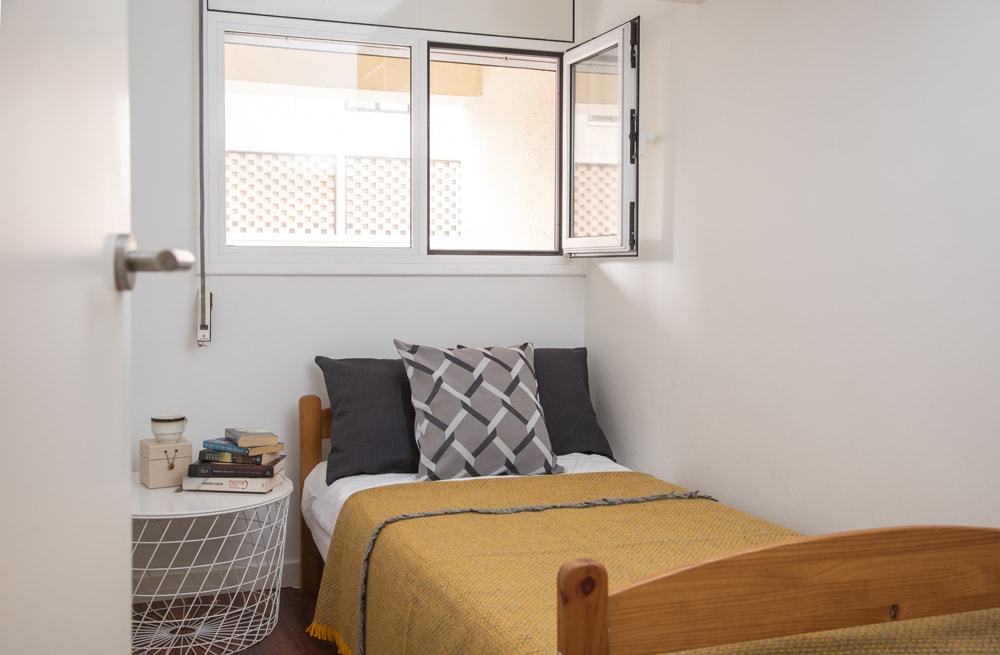 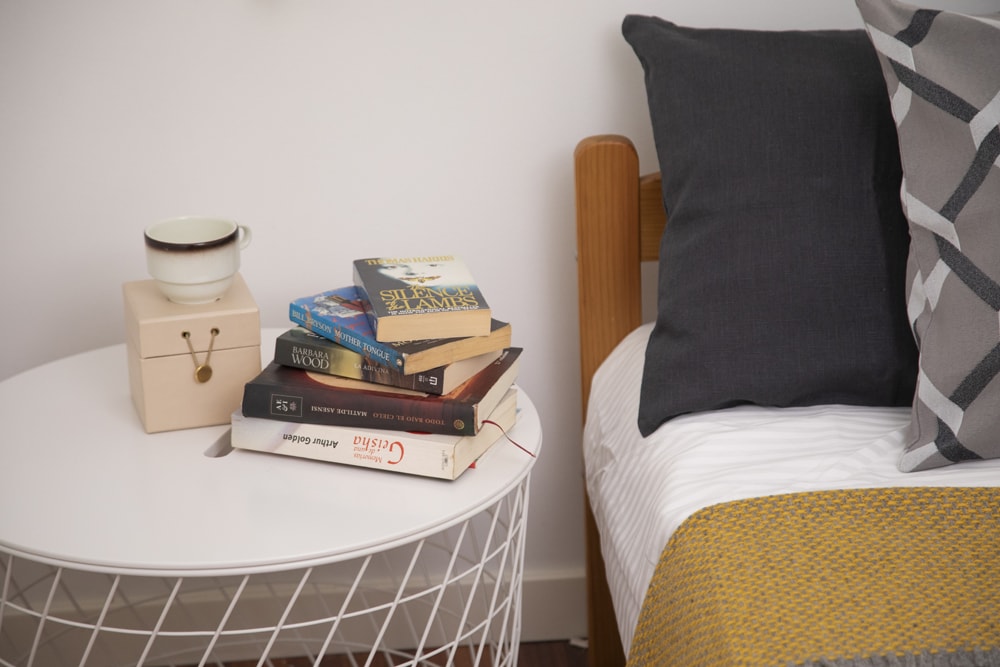 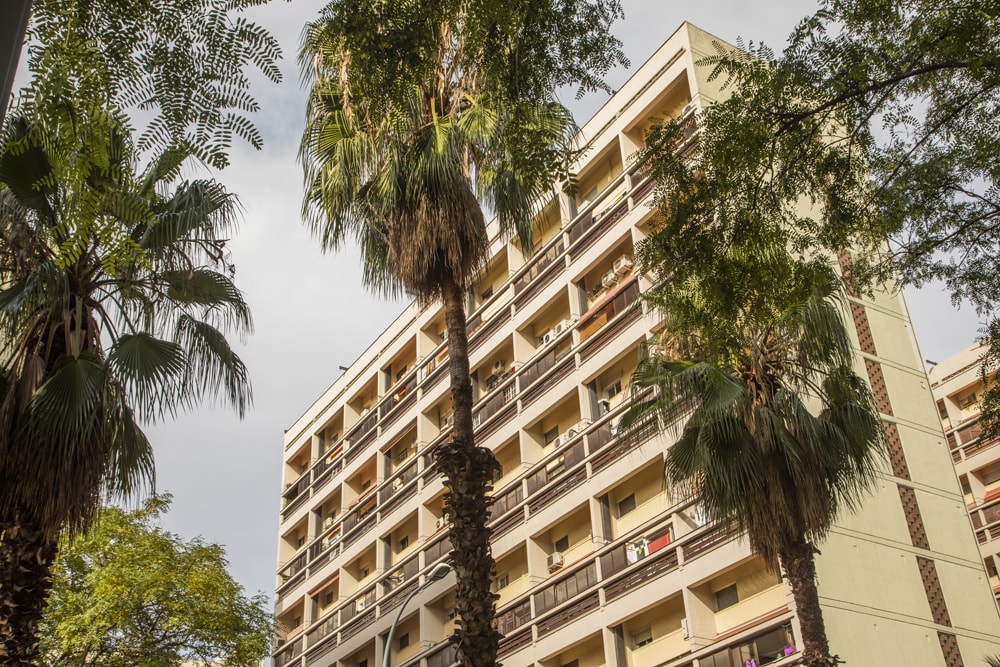 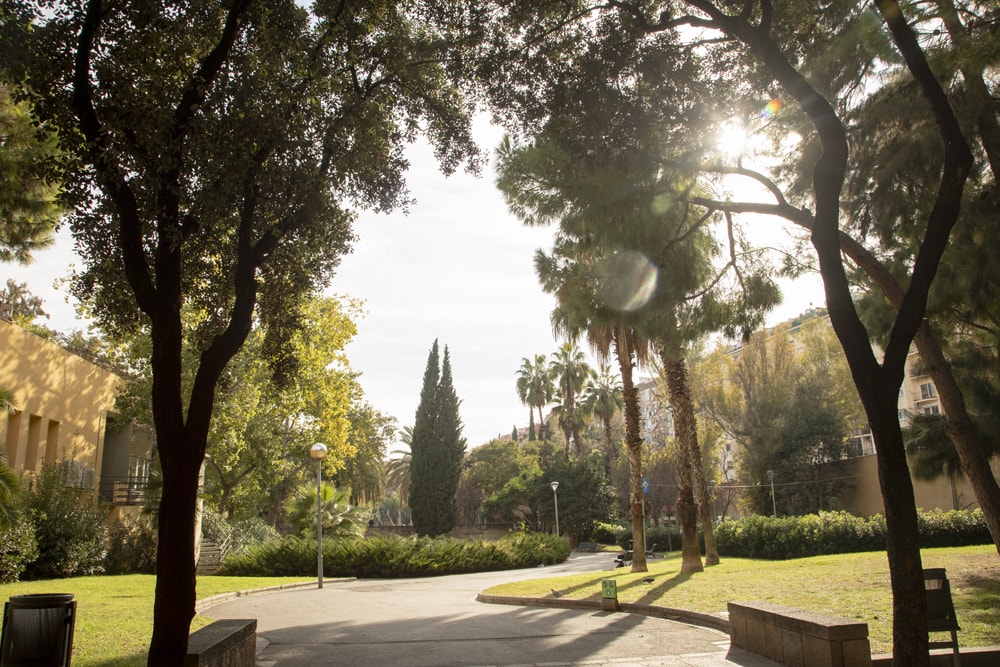 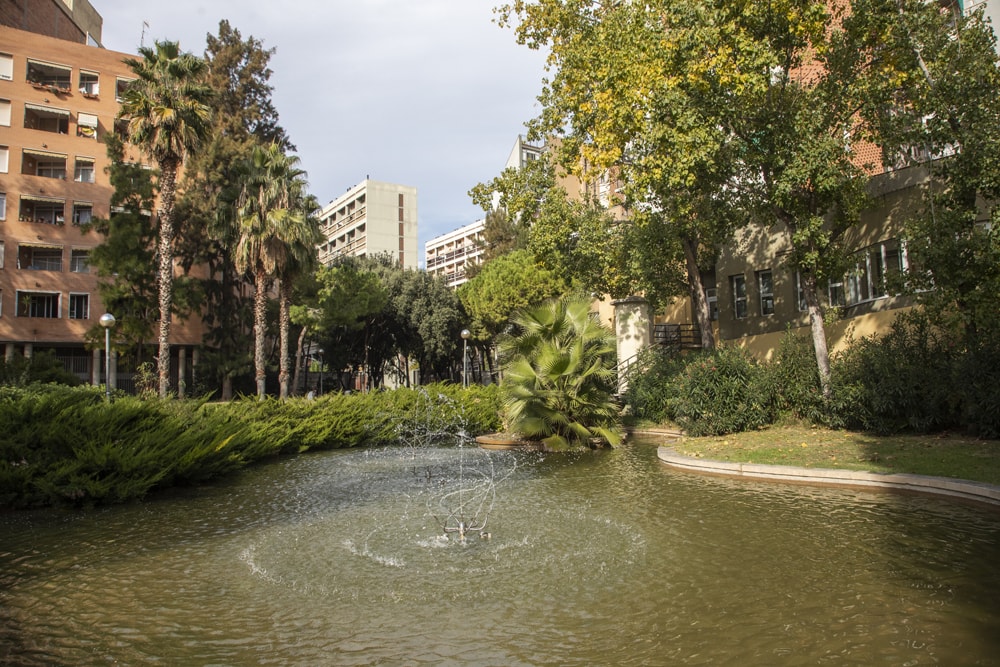 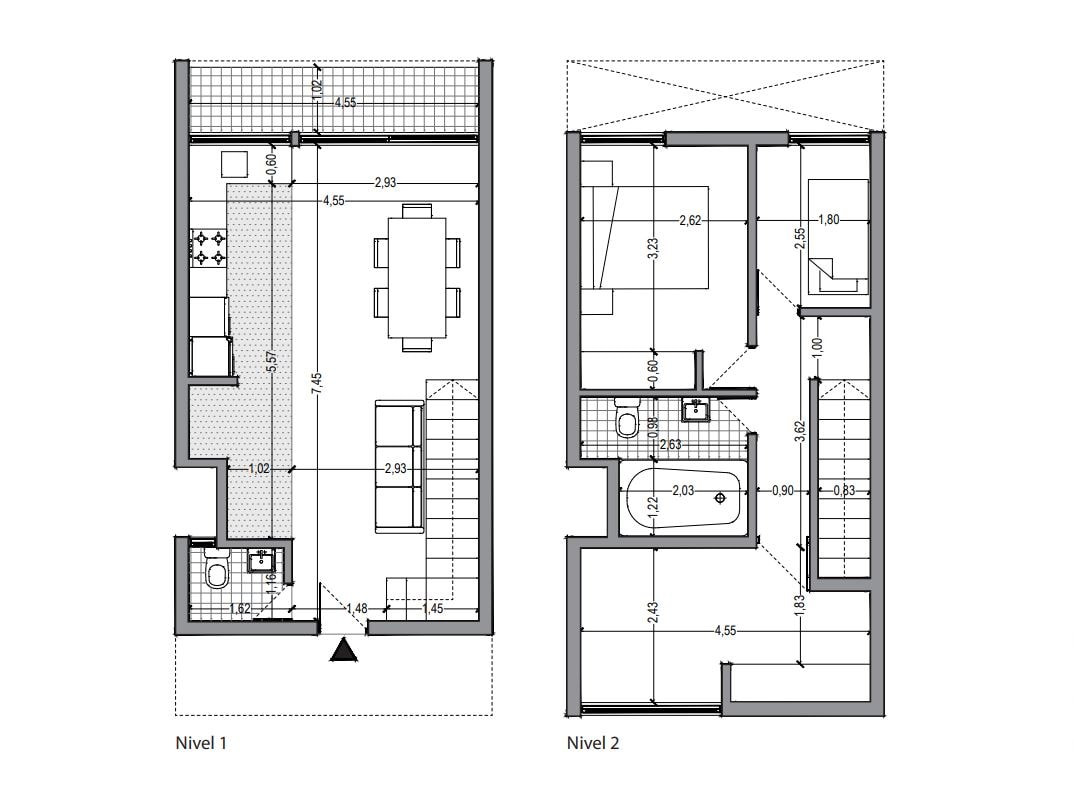 Here you'll find a hidden gem just a few minutes from Plaza Espanya. This modernized duplex sits directly across from a lush park full of palm trees, calming fountains, and families enjoying sunny afternoons. It's the perfect place to relax and feel at home while still living in bustling Barcelona. It has quick access to the center with metros, busses, and bikes nearby, as well as highways heading outside of the city.

The moment you open the door you'll feel right at home in its warmth and coziness. The main space has an open kitchen, dining space for large dinners, and a spacious couch to spread out and relax on. There's the extra treat of outdoor space with a long balcony and a first floor bathroom for guests. The second floor has two large bedrooms with built-in wardrobes, a jacuzzi style bathtub, and a sunny single room or office space. A newer home also means central heating and air conditioning, making this home completely full of every comfort you could ask for.

Sants was previously an independent municipality until 1897. The area was a village with a strong industrial nature, home to two highly important industrial firms – La España Industrial and Vapor Vell.

Today, there is little left of Sants’s industrial past, and very few of the industrial details and traces remain. Instead, Sants has grown into a modern and quiet area. It is home to cosy little boutiques and bars, primarily on the area’s main street – Carrer de Sants, which also crosses the popular Plaça d'Espanya square.

Plaça d'Espanya is home to Las Arenas, a grand old bullfighting arena, today housing a complex full of shops, restaurants, cinemas, exhibitions, and, above all, a 360-degree view over Barcelona from the large roof terrace.

In Sants you can also find Mercat d’Hostafrancs – a calmer version of La Boqueria The market was built in 1888 and boasts a wonderful local atmosphere, with a wide array of fresh, high-quality ingredients. Parc de l’Espanya Industrial is a park that pays tribute to Sants’s industrial era. It houses a beautiful little lake, verdant lawns, and an impressive dragon crafted from metal by sculptor Andrés Nagel.

Sants has excellent connections, including Estacío Barcelona-Sants (Barcelona Sants Station), from where you can take direct trains to Madrid, the airport and other locations in Spain. In addition to the major train station, there are also several metro stations, from where you can be at Las Ramblas in 10minutes, and a number of bus lines also pass through the area to destinations throughout Barcelona.

There are plenty of charming smaller apartments in Sants, as well as opportunities to find the odd town house offering exciting accommodation opportunities.